The adjacent picture is an x ray of impacted teeth on a modern day human. Because our teeth do not wear there is a lack of room for wisdom teeth. 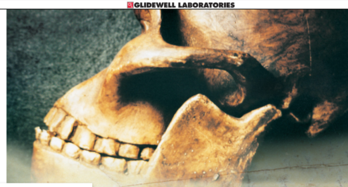 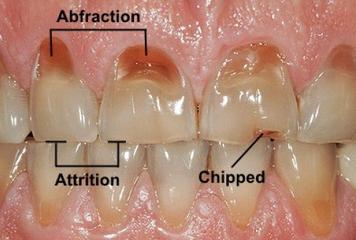 The photo below is interesting because this is a tooth grinding patient and the teeth move microscopically and the result is tiny bits of tooth structure pop out at the gum line. It looks like the patient has been brushing hard but actually it is from a hard bite. 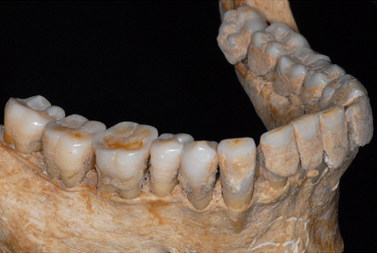 Anesthesia for a pleasant escape

Systemic dentistry  for a better life

You are no doubt aware of dental night guards to protect your teeth and implants from excess forces and wear and bone loss.

The objective is to have a youthful smile and most patients have pretty youthful smiles compared to our ancestors who wore their teeth flat.

But now that most of us do not wear our teeth down to such a degree we are susceptable to other kind of diseases that cavemen did not have. Such as decays, broken cusps, cracked teeth.

Night time appliances while a good idea are not that easy to tolerate for some patients. Take a look at your teeth are they worn down? Let Dr. Starkey know if you feel this is a cosmetic issue or a functional issue for you. Some people do not care about their worn teeth and the example below is rather extreme. Our modern diets actually have resulted in less teeth wear than our primitive ancestors. In fact the problems today are more from broken cusps in back teeth because as we get older they fatigue. And when we were living in prehistory the cusps wore down from diet.

The Mandible to the left is of a man that lived in the dark ages; so he would have facial features similar to ours (European) and you can see wear and you can see that his wisdom teeth came in nicely. Also this guy had no cavities and no broken cusps or broken teeth.  But he did have a chronic serious oral disease.What was it?

Correct ---Advanced Gum Disease. The people of ancient times did not have so much trouble with decay because their diet did not have much sugar in it and the teeth wore down the grooves so decay could not get started.

The thing is a human could go his whole life without cleaning or flossing his teeth. Gum disease and bone destruction was rampant in cro magnon type humans. There life was not that long and gum disease infection was one of the reasons.

So here is the contradiction the dentist wants you to wear an appliance to protect your teeth from wear but then our far away and long ago ancestors had worn teeth and it was by genetic design. Man ate rough low calorie food all day long. They were a bit like sheep.

Sheep in fact wear their teeth down so far that the Sheep herder has to have the vet but crowns on the sheep's molars or the sheep would starve.

I wonder if this was a problem for humans when obtaining calories was difficult?

In the mean time most of you are victims of our modern diet and our modern dental technology that can keep your teeth young looking.

Even if God designed us to have flat teeth and worn teeth interproximally...meaning in between most humans don't like that look and feel. Then again God was surprised to see humans figure out how to live longer than he had planned for us.

Which brings us to the final point and that is crowding. prehistoric humans teeth did NOT crowd.  Their teeth drifted forward just like ours but the wear between the teeth let the teeth have more room to fit and also by flattening inbetween there was less slippage of teeth. 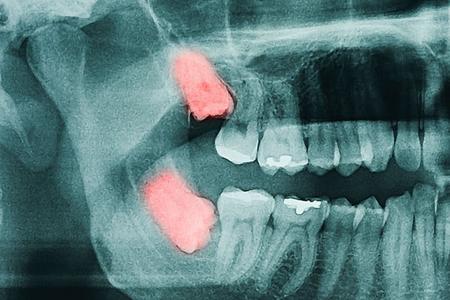 Humans were designed to wear their teeth flat. It was not until modern diets that wear was not generalized.

The result was decayed teeth and broken cusps. But less gum disease because of oral hygiene "improved"  really for hundreds of thousands of years there was no oral hygiene and no dental treatment of course.

And it turns out the most common cause of death was periodontal infection.

While it may be normal and healthy for human's to have worn teeth, I think most humans prefer cusped teeth. They look younger and look healthier than worn dentition.